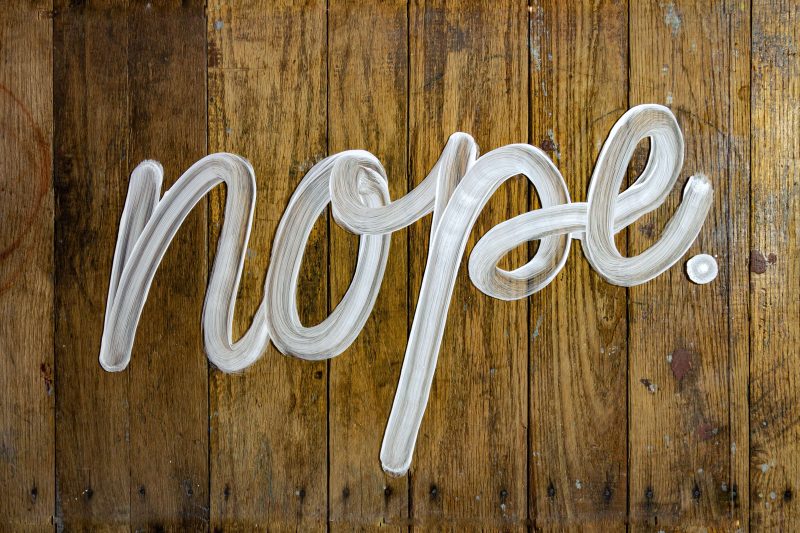 Unless you’ve been living on Pluto for the last few months, you know there’s a big election just weeks away in the U.S.

And investors want to know: what does the outcome of that election that mean for the economy?

It might seem surprising given the volatility we expect to see in the market because of the election. But the short answer reasoning as to why that might be a big mistake is that doesn’t really matter who is in office.

It sounds almost sacreligious to say (and at the very least it sounds downright wrong).

But here’s why that’s true… along with two other major reasons people start asking about changing your investment strategy, and the explanations for why it’s not a great idea.

1. Don’t Start Changing Your Investment Strategy Ahead of a Presidential Election

Now, here’s the longer answer. Take a look at this graphic from Dimensional Fund Advisors:

This is the return of the S&P 500 over the terms of the last several presidents that we’ve had in the U.S.

The only thing you should see here is that there’s no pattern to see. The data shows it’s quite hard to draw a connection between a person or party, and what happens in the market.

Although we want to draw these definitive connections, there are so many different factors come in and affect stock prices. That makes it almost impossible to point to single causes for market movements or events.

As investors (and as humans on almost any issue!) we like to simplify things. And we really want to see patterns… so much so that we’ll make up a pattern when there isn’t one there.

But financial markets are anything but simple.

Again, thousands of factors influence stock prices on a daily basis. And ues, elections and presidents absolutely account for some of those factors that will move the needle on markets… but they are not the only things.

Here’s another graphic that can help put things in perspective:

What this shows us is that, regardless of who is president or what party controls Congress, there’s been long-term growth and increase in value over time in capital markets.

It’s not easy to set aside your personal political views and simply look at what the market has done… but it’s important that we at least try to set aside how we personally feel to view what the data shows.

The bottom line that you may want to keep in mind as we approach Election Day?

First, remember that it’s difficult to identify systematic return patterns in election years. It’s not realistic to think you can predict what the stock market will do just because of who is in the White House.

Second, market returns have, on average, been positive both in election years and the subsequent year.

What that suggests is, at least when it comes to investments, there may not be a need to catastrophasize about the election outcome (whatever it may be). It’s more important to focus on the long term rather than try to guess what’s going to happen day by day.

And if you’re trying to make last-minute decisions for changing your investment strategy, you might do yourself more harm than good.

In August 2020, the S&P 500 hit a new record high. This was after tanking in the spring due to the COVID-19 pandemic (which meant this high point secured another record: the fastest recovery from a bear market, which took just 126 trading days).

While such performance is impressive, it also presents some challenges for investors who want to create truly diversified portfolios.

For one, the S&P has become increasingly concentrated. Just a handful of stocks carry far more weight than others — both literally and figuratively.

These 5 companies make up a whopping 22% of the whole index of 500 companies. This means the other 495 stocks comprise the other 78% of the index.

Not only is the S&P 500 quite concentrated in a handful of companies, at it’s best, it’s still limited in a couple key ways:

The more concentrated the index becomes, the more the returns of the overall index are driven by the largest companies. While this has worked for the S&P as of late, it can also work against it… and the investors that hold the index thinking it’s a diversified sampling of companies.

The top 5 stocks returned 49%. The remaining 495 stocks? They actually had a negative 3% return overall.

And the next thing to avoid with your portfolio may shine some light on why this really matters.

Spoiler alert: the biggest stocks on the market don’t tend to produce those same returns over time.

3. Don’t Let Past Performance Trick You into Expecting a Specific Future Result)

It sounds counterintuitive, but smart investors know that buying the biggest stocks can be a bad idea.

As companies grow and grow, some eventually break into the “top 10” trading on the financial markets. On their way to joining that group of the largest firms on U.S. stock market often, these companies often impressive returns.

The key phrase there is on their way. As an investor, you should also be curious about what happens after a company is one of the biggest on the market.

Yes, it’s really hard to sit back and watch these biggest stocks with the highest share prices go up and up and up… and not think you’re missing out if you’re not owning a piece of this action.

How can owning stock in companies like Facebook or Amazon, for example, be a bad idea when these tech giants are crushing it?

Well, for one thing, you might be under the influence of recency bias if you believe that just because a company has done well in the recent past, then it obviously will continue to do well in the future.

Maybe they will. But there’s no guarantee when it comes to investing in the market, considering there are no crystal balls that reveal future events.

Predictions about the future are never very reliable, and when it comes to financial markets, they’re almost useless.

(How many people would have guessed “global pandemic causes economic chaos throughout 2020” on their minds as we ringing in New Year’s at midnight on January 1st?!)

While big stocks might be doing well today, that’s no promise they’ll continue to do well tomorrow.

And in fact, if we look at historical data, we can see that stocks that broke into the “top 10” of biggest on the market (measured by market capitalization) did the opposite of continuing on the track that brought them to that place.

They soon started lagging behind.

From 1927 to 2019, the average annualized return for stocks over the three years prior to joining the top 10 biggest was 25% higher than the market.

In the three years after they broke into this group? They returned less than 1% higher than the market.

And five years after their initial breakout into the top 10, these stocks were, on average, underperforming the market—a stark turnaround from their earlier glory days of massive outsized returns.

Intel can serve as an example of what tends to happen to the biggest stocks on the block. The technology giant posted average annualized excess returns of 29% in the 10 years before the year it ascended to the top 10 stocks.

But, in the next decade, Intel underperformed the broad market by nearly 6% per year.

We don’t have to look at what some may dismiss as an outdated tech company to see this, though. Just look at Google.

The annualized excess return of Google five years before it hit the Top 10 dropped by about half in the five years after it joined the list.

What does all this tell you?

That by the time you start eyeballing a stock because of it’s massive performance, it’s probably already too late. The impressive performance that draws investors in is, usually, a measure of past success.

And if there’s one thing you should know about investments, it’s this:

Past performance is no guarantee of future results.

Stock options are a type of equity compensation, which is a way for employers to reward key employees beyond the usual paycheck. Most equity comp packages can ...

END_OF_DOCUMENT_TOKEN_TO_BE_REPLACED

Prefer to listen rather than read? Pair this post with Episode 25 of the Beyond Finances podcast, where we talk about the process of saving 40 percent of income ...

END_OF_DOCUMENT_TOKEN_TO_BE_REPLACED

Most of my clients are in their 30s and 40s, and many of them are either starting families or adding to them.Many of these soon-to-be parents ask me, "how ...

END_OF_DOCUMENT_TOKEN_TO_BE_REPLACED

Leveraging equity compensation is one of the potential avenues we previously highlighted for use on the road to building wealth. But to enjoy the rewards, you ...

END_OF_DOCUMENT_TOKEN_TO_BE_REPLACED

Too often, we equate being conservative or risk-averse with missing opportunities, or missing chances to grow wealth.While there is such a thing as being ...